The 2017 FIFA U-17 World Cup will be the 17th edition of the FIFA U-17 World Cup, the biennial international men's youth football championship contested by the U17 national teams of the member associations of FIFA. The tournament will be hosted by India between 6th and 28 October 2017. This will be the first FIFA tournament hosted by the country. The final will be held at the Salt Lake Stadium in Kolkata on 28 October 2017. The selected venues in the host cities are New Delhi, Goa, Kolkata, Kochi, Guwahati, and Navi Mumbai. 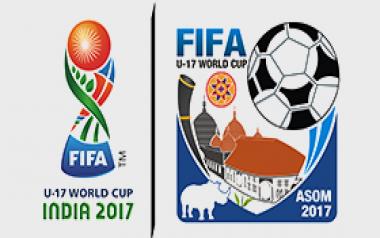