The International Boxing Association (AIBA) is a non-profit international organization that succeeded the former Fédération Internationale de Boxe Amateur in 1946. Since 2006, it has been led by its President Dr. Ching-Kuo Wu.

AIBA is the sole worldwide governing body for the sport of boxing in all its forms, with 201 Member Federations. The International Boxing Association works on behalf of all levels of boxing, men and women, to reinvigorate the sport’s grass roots, develop youth and elite boxing and create new opportunities for semi-pro and pro-boxers. AIBA’s vision for boxing also embraces and adheres to the spirit and values of the Olympic Movement. With these values, AIBA ensures the highest levels of transparent standards including for all of our global competitions, rankings, judging and boxers’ remuneration. By encouraging and supporting boxers from grassroots all the way up to elite competition and onwards to a secure pro-boxing career, we believe that future generations of boxers will be encouraged to join the sport.

For seven decades, AIBA has sought to constantly evolve boxing, introducing ground-breaking reforms that have shaped it into one of the most popular sports in the world today.

New competitions including WSB (2010) and APB Boxing (2015) have been launched, while the repealing of the decision in 1984 to make headguards compulsory for Olympic boxers and the rapid assimilation of Women’s Boxing since 1994 have kept AIBA at the vanguard of world boxing.

In 2016, AIBA reached the landmark of 200 National Federation members, the ever-growing number is symbolic of the work being done to listen to the needs of the NFs and their boxers and always act in their interests.

The evolution of AIBA competition

The first AIBA Men’s World Boxing Championships took place in Havana, Cuba in 1974, before the Juniors competition made its debut appearance in Japan five years later.

AIBA has consistently evolved and raised the standard and profile of its international events, with the 2015 Men’s World Championships in Doha marking new levels of production values and audience reach.

Today, AIBA hosts bi-annual Men’s and Women’s World Championships at Elite, Youth and Junior levels, and its boxers compete at major global multi-sport events including the Olympic and Youth Olympic Games, the European, Pan-American and Pan-Asian Games, the Commonwealth Games, as well as the four Continental Boxing Championships held by AIBA Confederations.

AIBA is the sole worldwide governing body for the sport of boxing in all its forms, with 200 Member Federations. The International Boxing Association and its National Federations work on behalf of all levels of boxing, men and women, to reinvigorate the sport’s grass roots, develop youth and elite boxing and create new opportunities for semi-pro and pro-boxers through our WSB and APB competitions. Over 6,000 boxers and 5,000 officials are members of the AIBA family.

Continent wise count is as follows: 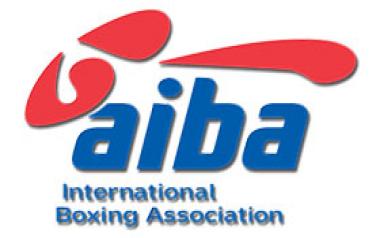